Pente Networks, which develops mobile core and orchestration layer solutions to support private CBRS, 5G/LTE enterprise networks, announced it has closed on a $10 million A Round. The funding will drive further growth in the US, North America and Europe and the evolution of its mobile core and edge orchestration platform.

According to MarketandMarkets, the 5G enterprise market size is expected to reach $10.9 billion by 2027 from $2.1 billion in 2021. Technavio forecasts 5G enterprise market will reach $71.45 billion, from 2021 to 2026 at a CAGR of 31.55%. The analyst firm suggests 35% of the market’s growth will originate from North America during the forecast period.

It is no wonder investors are lining up to participate, especially as 5G infrastructure buildouts continue to accelerate, and service providers move to a “telco cloud” posture.

Pente’s latest round was led by INCapital Ventures, with the participation of other notable private investors including existing investor Magma Ventures and Global Brain.

“Given the success of our solution, the quality of the leadership team, the rapid growth of our global partner ecosystem, the demand forecast by industry experts and analysts, and the support of our board, Pente is positioned to expand and leverage the rapid growth and demand from customers the company is experiencing,” Pente CEO Avi Cohen said. “I am truly honored and excited to join an amazing crew whose vision, determination and talents will continue to drive a bigger and more meaningful business.”

“We are excited to back Pente Networks and support the company’s rapid growth,” said Inbar Haham, Co-Founder and Managing Partner at INcapital Ventures “Pente’s deep technology solutions are impressive, successfully filling a need in the market for user friendly 5G private networks. We have a high confidence in the leadership team of Pente and their ability to drive the company forward to market leadership position.”

“Pente’s potential is limitless as enterprises continue to select private cellular networking in an increasingly 5G world,” said Naoki Kamimaeda, Partner and Europe Division Head, Global Brain. “Given the leadership team’s experience, talent, and commitment, and the benefits of Pente’s software-based solution, we are confident Pente will continue to attract world-class partners, system integrators, and distributors and look forward to helping them accelerate growth in Asia, Europe, and North America.”

Jonathan Schwartz has been named Chief Technical Officer, a role he has been playing since he founded the company in 2015.

Roy Timor-Rousso has been named Chief Marketing Officer, driving many of the company’s strategies in the Americas, including Latin America, as well as in Europe, Asia, and other regions.

New CEO Avi Cohen is widely respected after co-founding and driving the growth of LiveU, where he most recently served as Chief Operating Officer. LiveU grew from a start-up established in 2006 to a global leader in the IoT live video streaming for TV, mobile, online, and social media content with more than 5,000 customers in over 150 countries.

Cohen is the inventor of bonded cellular video transmission technology, credited with ushering in the first IP revolution, which has transformed the way remote live content is captured and shared.

He holds 26 Patents in the Bonding IP Video space and was named one of the Producers Guild of America’s “Digital 25: Visionaries, Innovators and Producers” and speaks regularly at international conferences on topics including 5G, OTT, edge computing, IoT, Industrial IoT, online streaming, the future of broadcast technology, autonomous systems, and advanced, connected applications across multiple industries.

Working with MVNOs, WISPs, MSPs and SIs, Pente has been augmenting and replacing traditional enterprise networks with simplified, ultra-fast and ultra-secure wireless broadband solutions, including CBRS as the use of unlicensed spectrum becomes more readily available.

The company is actively recruiting talented sales, pre-sales engineering, customer success, and marketing professionals based in the U.S., while also deepening its ecosystem of technology, integration, and sales channel partners.

Earlier this year, Pente announced a collaboration with Datora for advanced mobile core, supporting IoT, Industrial IoT, and other edge solutions, and a partnership with Telefonica on a managed telco cloud offering. The result is a more replicable end-to-end product that shortens the delivery time from weeks to just a few hours. 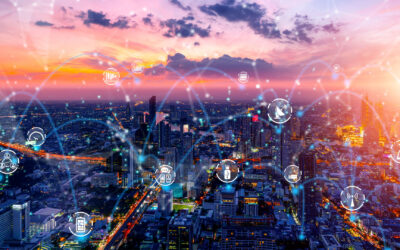 Pente Networks™, developer of IT-friendly private enterprise LTE/5G solutions for service providers and end customers, today announced a $10 million Series A funding round led by INcapital Ventures, with the participation of other notable private investors including existing investor Magma Ventures and Global Brain.

END_OF_DOCUMENT_TOKEN_TO_BE_REPLACED 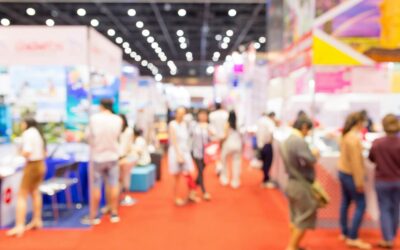 It is that time of year again – MWC Americas is just around the corner. The event brings hundreds of expert speakers, brands, and investors together each year under one roof to define society’s relationship with technology while discovering the latest in innovation, the future advancements in the industry.

END_OF_DOCUMENT_TOKEN_TO_BE_REPLACED 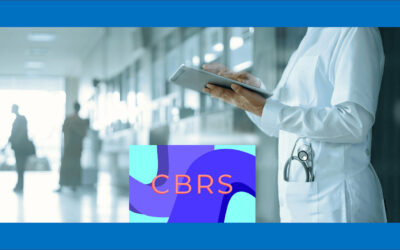 Connected Health, More Affordable Care, Remote Patient Monitoring, and Many More Use Cases for CBRS in the Medical Field

The healthcare industry is one that has historically always had to be at the forefront of technological advancements, and the recent trend of digital transformation is no exception. Hospitals and other medical institutions are rapidly adopting innovative devices and applications to boost efficiency and potentially save more lives.