The fifth generation of mobile technologies, better known as 5G, has arrived with increased speed of data transfer and improved bandwidth over existing fourth generation (4G) technologies, in turn enabling new technology. The technology has the potential to revolutionize public networks for consumers, with much of the industry hype surrounding 5G centering on its ability to deliver blazingly fast speeds for consumer applications. But for enterprises, their focus lies more with private 5G networks technology than public 5G.

Unlike public 5G, a private 5G network provides organizations with improved customization and full control of their own connectivity, thus allowing IT leaders to consolidate their networking strategy across the enterprise. Deloitte predicts that over the next decade hundreds of thousands of companies will deploy private 5G networks. In fact, The global private 5G network market size is estimated to reach $14.28 billion by 2028.

“Though 5G can be applied to virtually any industry, one where the technology can make quite an impact is in the military sector, especially when enterprise 5G security is embedded,” said Roy Timor-Rousso, CMO, Pente Networks. “5G for the military improves intelligence, surveillance, and reconnaissance systems and processing; enabling  new methods of command and control, and streamlines logistics systems for increased efficiency, among other uses.”

The military understands the potential 5G holds, and in the past had already begun efforts towards determining practical use cases. Roughly two years ago, in October of 2020, the Department of Defense (DoD) announced $600 million in awards for 5G experimentation and testing at five U.S. military test sites, representing the largest full-scale 5G tests for dual-use applications in the world.

The projects included piloting 5G-enabled augmented/virtual reality for mission planning and training, testing 5G-enabled Smart Warehouses, and evaluating 5G technologies to enhance distributed command and control. However, since this experiment grant was announced many more advantageous use cases for 5G in the military have already been found.

“On both an individual, and a country-wide scale, security is a top priority for the military, and in this digital age where hackers lurk and thrive in internet anonymity, private, ultra-secure 5G can bolster and assure cybersecurity defenses,” Timor-Rousso explained. “5G addresses those challenges by defining an end-to-end security concept that exceeds any previous wireless access technologies through a multi-layer approach.”

This means all user and control traffic is encrypted, even the initial authentication, avoiding identity tracking or theft, Timor-Rousso said. “End-device and application can overlay additional end-to-end encryption, providing another layer of application-specific security, which is especially important in military applications.”

Furthermore, the impact of DoS attacks is minimized through network slicing, the ability to isolate and split the network into different virtual infrastructures based on services or devices used. This provides the ability to isolate the virtualized infrastructure within each slice, minimizing the effect of a DDoS attack on a small part of the network.

Using ML-based anomaly detection, each service is supervised and can be throttled to control the impact of an attack better. Dedicated anti-DoS gateways further isolate and protect different parts of the network.

“Military organizations around the world have contributed greatly to ZTNA, or Zero Trust Network Access,” Timor-Rousso said. “In short, ZTNA means that no user, device, application, or data flow is trusted and that any new communication relationships must be authenticated.”

Timor-Rousso also noted the potential of private 5G to managed unmanned aerial vehicles (UAVs) – AKA drones – which is already used by the military.

“Today, UAVs are limited, and cannot easily share real-time 4K video and other data across command-and-control centers, and units in the battlefield,” he said. “With enterprise 5G comes 4K video, object recognition, faster data processing and artificial intelligence, which will help reconnaissance missions and give commanders information on what they’re about to come up against. 5G can also help in more accurately and intelligently targeting weapons.”

Timor-Rousso noted an often-overlooked part of 5G’s capabilities, mMTC (massive Machine Type Communications), which will enable up to a million connected devices per square kilometer.  Machines and vehicles can be fitted with sensors that collect and share data across a 5G network. Strap a smartwatch and a bunch of biometric wearables to a soldier and their vital statistics – geographical position, heart-rate, blood pressure, and fatigue – can be shared. Eventually augmented reality can be leveraged, with connected Google Glass-type AR devices similar to what pilots already use, but with real-time data streaming in.

“Speed and the ability to respond efficiently and effectively is everything on the battlefield, and 5G’s lower latency and higher capacity will enable armies to share more data, such as real-time maps and photos of battlefield scenarios, as well as computer simulations,” Timor-Rousso explained. “5G will allow for an increasingly large number of cheaper, more connected, and more resilient systems to function in a rapidly evolving battlefield.”

Also, though millimeter wave tech would only be available on the battlefield, in geographically restricted areas close to likely portable 5G base stations, an important, but mostly ignored part of the 5G specification is a low frequency, long wavelength connection.5G will combine fragmented networks into a single network to promote improved situational awareness and decision-making, as well as logistics and maintenance.

“The ubiquitous high-speed connectivity and strong full-stack security private 5G networks provide will transform the way militaries operate, as the data-rich environment will fuel powerful algorithms that will allow commanders to better understand, shape, and adapt to complex and contested physical and information environments,” Timor-Rousso summarized. “As the world ventures further into the digital age, 5G becomes critical for militaries, in order to keep up with the latest devices and applications, and be ready for when technology becomes the battlefield itself.” 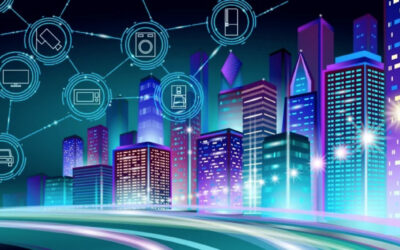 5G for Smart Buildings: The Rise of Automated Systems and AI-Driven Applications

The rapid innovation of technology has created a new digital age, in which new devices and applications are already making lasting impacts on both our work world, and our society.

END_OF_DOCUMENT_TOKEN_TO_BE_REPLACED 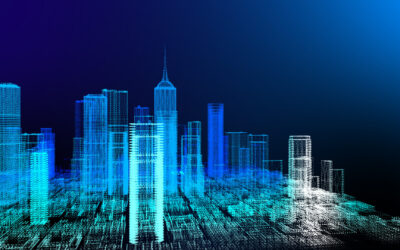 From Smart Cities to Smart Spaces, Enterprise 5G Brings Unprecedented Quality Inside and Outside

END_OF_DOCUMENT_TOKEN_TO_BE_REPLACED

Currently, the “democratization” of private LTE and 5G, enabled by local spectrum allocations, cloud-based core networks, and a rapidly-growing ecosystem of vendors and integrators are happening quite swiftly. Tens of thousands of private cellular networks will be deployed over the next few years.